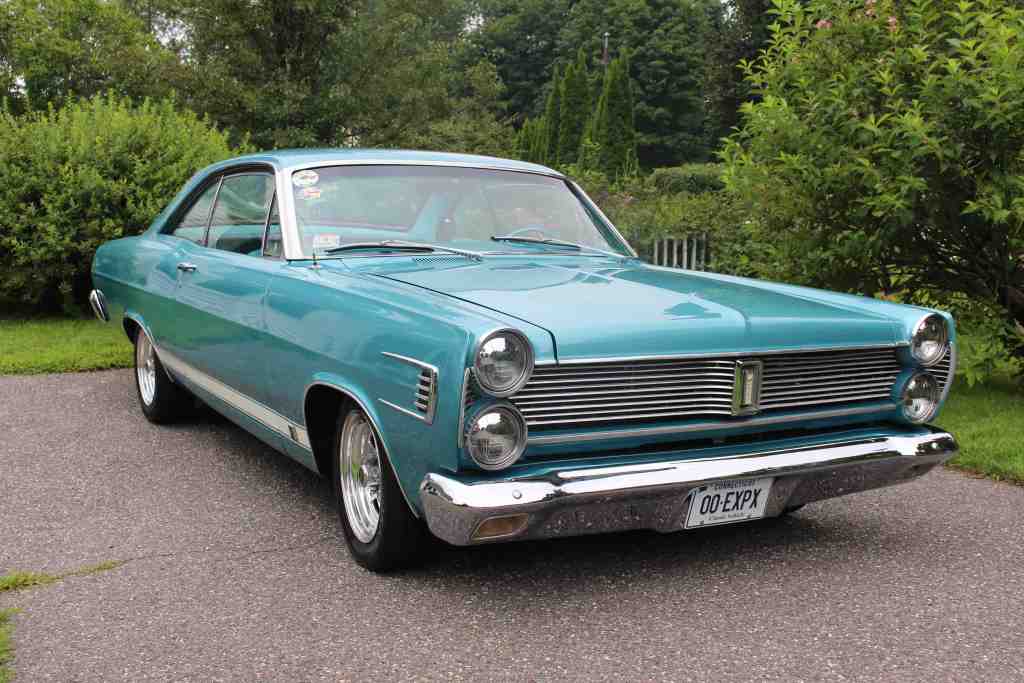 Brothers Jason Marshall of Litchfield, Conn. and Wyatt Marshall of Torrington, Conn. jointly own a mildly modified 1967 Mercury Comet Caliente that they bought out of Massachusetts last October. It serves a specific purpose for the brothers.

Two brothers, one classic car and a powerful for reason for purchasing it.

Jason Marshall of Litchfield and Wyatt Marshall of Torrington acquired a 1967 Mercury Comet Caliente last October after a year of perusing the vintage car market. They’d considered getting a Chevrolet Camaro, a Pontiac GTO or a Ford Mustang, and even put a deposit on a Ford Fairlane, before finding the Comet in Massachusetts.
“Over the years, my brother and I have always liked classic cars. I’ve always wanted one, but never thought I could get one,” said Jason. At least not until he received a diagnosis of Parkinson’s disease and his doctor ordered that he give up some side jobs that occupied his time.

“I had to give all them up to concentrate on myself and my health, but I told my wife, ‘This is the time. I think I’m going to look for something. I’ve always wanted a classic car and it will give me something to do to relax me.’ It’s like therapy. I get in there and I just totally relax and I have a great time,” he said.

Wyatt did the online searching. “I knew about the Cyclones and the Comets but I’d never heard of a Caliente,” he said. The Cyclone was the performance version of the Comet model. The Caliente, which is Spanish for “hot,” was a step up from the base version. “Buying it together, we both had to be on the same page. I basically bought it over the phone, sight unseen. The guy was getting ridiculous low offers on it.”

Nonetheless, Jason said, “We got a very, very good deal on it. I’ve had a couple of people come up to me and offer right off the bat four times what we paid for it. We got a great deal. The guy before us took very good care of it.”

He admitted that he “instantly fell in love with it” and he drives his therapy car frequently. “I try to get it out; take it for a run every weekend. I’ll take it to work on Fridays, unless it rains. We want to drive it as much as we can,” he said.

Wyatt Marshall thought the 1967 Mercury Comet Caliente would be perfect for his brother, Jason, when he first spotted it online. “It caught my eye. I loved the color. I wanted something that would suit his personality,” he said, explaining that the car was “a little bit modified but not too far.”

The Caliente doesn’t have its original motor, rather a 302 cubic inch power plant from a Mustang, and it has been restored. The exterior and interior colors are original. First sold in northern Mississippi, it later went to owners in Memphis, Tenn. and Massachusetts before coming to Connecticut.

“It was just meant to be. The undercarriage is in absolutely pristine condition. There’s never been any rust. There hardly any surface rust on it,” said Wyatt.

The car arrived, Jason said, “Just the way you’re looking at it. We’ve done a couple little things to it. Had to get a different, original steering wheel. A little bit of a tune-up. We put air shocks on the rear. But other than that it came to us as it is.”

Mercury introduced the Comet model in 1960 as a compact car and it was initially based on the Ford Falcon. It grew to intermediate status in 1966 (based on the Ford Fairlane) before being downsized again in 1971 (and based on the Ford Maverick). The body style of the Marshall brothers Caliente was only used in 1966 and 1967.
“We have tons of people who come up to us every show, admire it, they don’t even know what it is. They’ve never seen one before, and that is another reason why we jumped on it,” said Jason.

Added Wyatt, “They’re rare. It’s just a nice, clean, straight car that has been well maintained over the years, and we’re going to drive the wheels off it. After we’re done with it, it’s going to be handed down to a niece or nephew. It’s going to stay in the family.”